Ambuja Cement was founded in 1983 by Narotam Sekhsaria and Suresh Neotia, two traders with very little knowledge of cement or manufacturing. What made up for this lack was their farsightedness: Anticipating that cement would be a critical resource for a developing economy like India, they invested in a state-of-the-art cement plant in Gujarat and went on to build a trusted cement brand that has become synonymous with quality and strength.

spirit. It is this desire to push boundaries and achieve results that has enabled the company to become one of India’s foremost cement companies. And this premier status got a boost in 2005 – Ambuja Cements (as the company was known then) and another premier Indian cement company, ACC Limited, became a part of the reputed Holcim group of Switzerland. Later, in 2015, Holcim Limited and Lafarge SA came together in a merger of equals to form LafargeHolcim – the new world leader in building materials.

From a single plant with a capacity of 700,000 tonnes per annum in 1986 to a cement giant with five integrated cement manufacturing plants and eight cement grinding units with a total capacity of 29.65 million tonnes in 2016, the company has come a long way in only 30 years of its existence.

The first cement plant was set up in a record time of two years, an illustration of the

philosophy which continues to inspire and motivate the company to become one of the most efficient, sustainable and innovative cement companies in the world. This spirit of

also finds expression inside Ambuja Cement in its philosophy of letting its employees set their own goals and giving them the freedom to achieve them. This autonomous work culture creates an environment which is conducive to growth and sets no limits to excellence and efficiency. It is this work culture which has enabled Ambuja Cement to maintain the highest standards of quality over the past 30 years. In 2010, the company received an ISO 9001:2008 certification for quality, an ISO 14001:2004 certification for environmental systems and OHSAS 18001:2007 by BSI (UK).

Cementing the culture of innovation

Ambuja Cement has encouraged its people to find ingenious solutions to seemingly intractable problems: When the cost of transporting cement by road seemed expensive, it became the first Indian company to use the sea to transport cement in bulk. In 1993, a whole system was set up to conquer the lucrative cement market in Mumbai. An all-weather port was built at Muldwarka, Gujarat, just 8km from the company’s Ambujanagar plant, which became a benchmark for the industry. Over the years, many companies have followed Ambuja Cement’s lead and today about 10% cement travels by this route.

There’s more on the

front: when the weather posed a challenge, the company tunnelled through three mountains to build a conveyor belt to transport limestone while ensuring minimum damage to the environment; when current operational practices required it to stop work after every 65 days, Ambuja engineers kept their plants running for a record 156-plus days with their sheer ingenuity and grit.

Firm belief in the betterment of the world, society and its people

It’s not just the indomitable spirit of its people that have led the company to scale new heights but also the realisation that betterment of the society lies in empowering and enriching its people. The first Ambuja Knowledge Centre was set up in 2009 to serve as a knowledge sharing platform for architects, engineers and construction professionals. AKC aims to create a repository of resources in the field of cement and concrete and also to enrich and educate people.

Embracing sustainability, one step at a time

The company’s community outreach programme, measures for sustainability and water conservation, agricultural interventions project and its environment protection measures conform to the standards set by the world’s best. Ambuja Cement is the only cement company in India to be eight times water positive.

The company adopted a sustainable rural marketing model in 2007 to provide technical assistance in building rural infrastructure and impart training skills to villagers. In the same year, Suresh K Neotia, Chairman, Ambuja Cement, was awarded the prestigious Padma Bhushan award for his contribution to Indian Business and Industry.

In 2009, Ambujanagar won the 'Best Environmental Excellence in Plant Operation’ a national award by NCBM. Ambuja Cement has also been conferred with the National Award for outstanding pollution control by the Prime Minister of India. The Confederation of Indian Industries (CII) recognised Ambuja Cement’s efforts to mould their business to assimilate the principles of sustainability in 2012. Ambuja Cement was also conferred with a CII Sustainability Award 2012, presented by the President of India.

The company has always focused on building a brand rather than just selling a commodity. And the Ambuja Giant, the company’s brand icon, is not just the symbol of the strength of their products but also their spirit of 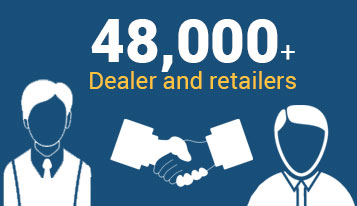 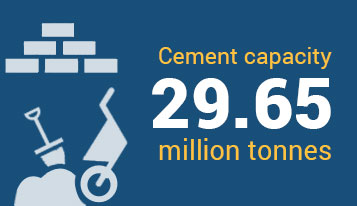 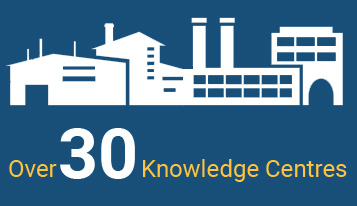 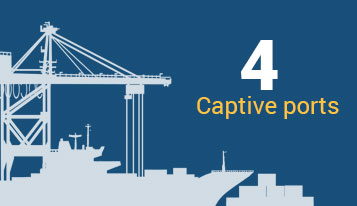 LafargeHolcim is the leading global building materials and solutions company serving masons, builders, architects and engineers all over the world. Group operations produce cement, aggregates and ready-mix concrete which are used in building projects ranging from affordable housing and small, local projects to the biggest, most technically and architecturally challenging infrastructure projects. As urbanisation increasingly impacts people and the planet, the Group provides innovative products and building solutions with a clear commitment to social and environmental sustainability. With leading positions in all regions, LafargeHolcim employs around 90,000 employees in more than 80 countries and has a portfolio that is equally balanced between developing and mature
Read more: www.lafargeholcim.com

True Value: Our real worth

An innovation in sustainability

It has come to our notice that unscrupulous agencies are alluring job aspirants with employment opportunities with Ambuja Cements Company and extorting money as security deposit, documentation processing fees, etc.

We would like everyone to be aware that AMBUJA CEMENTS LTD. never requires applicants to pay any amount at any stage of its recruitment and selection process.

If any job aspirant comes across any such unauthorised demand, he or she can immediately contact our Recruitment Team at our Corporate Office, Mumbai on 022-6616 7000 / 4066 7000.